Gateway indeed. I suppose all airports are. Since the move, we started flying out of here instead of Rochester. Everything is the same only shorter; shorter lines at security, shorter trip from the parking garage, shorter walk to the gate.  A gateway’s a gateway only shorter. I’ve been craving McDonald’s food ever since we loaded the car. I even thought I could smell it as we headed to our gate.  But instead this lone cafe’ offering Italian sausage and potato & leek soup is all there is.  The guy serving the soup was really pleasant, even offering me a sample. He was so enthusiastic about it, that I began to wonder if he made it himself.  I took his word for it and  ordered a bowl, forgoing the sample. As I ate the steamy brew, I watched a woman wiping down tables nearby.  Her hair was blonde and flipped over the sides of her ball cap like little hair-sprayed wings.  I noticed then that all the workers had on matching shirts and ball caps.  I was curious about them.  The woman seemed older than me.  But then, maybe not.  Did I look that old?  She had that little bit of flab under the chin that I am getting . If we were the same age it looked like life had been tougher on her. Her posture was bad. But then, I notice bad posture like it was a giant dangling booger. Even if the head is just six inches or so in front of the shoulders, I spot it and want to adjust it.  Maybe I should have been a chiropractor. Who knows. Anyway, back to the guy who sold me the soup.  He walked past again and I wondered if he had been in jail lately.  For some reason I could picture him with a tray in his hand in a large cafeteria joining his small group of friends who couldn’t really protect him.  He was afraid in that place and relieved to be out.  Now he was jovial and talkative and felt safe again.

I think my husband thinks I am arrogant because I evaluate everyone around me all the time, and make assessments.  Apparently not everyone does this; or at least not to the extent that I do. By the time we had finished our soup, for example, I had decided that all the folks who worked there were down on their luck. But what I really mean is if I were in their shoes, but  still myself, I would feel down on my luck. Of course,I can’t know that for sure, since I am not in their shoes. 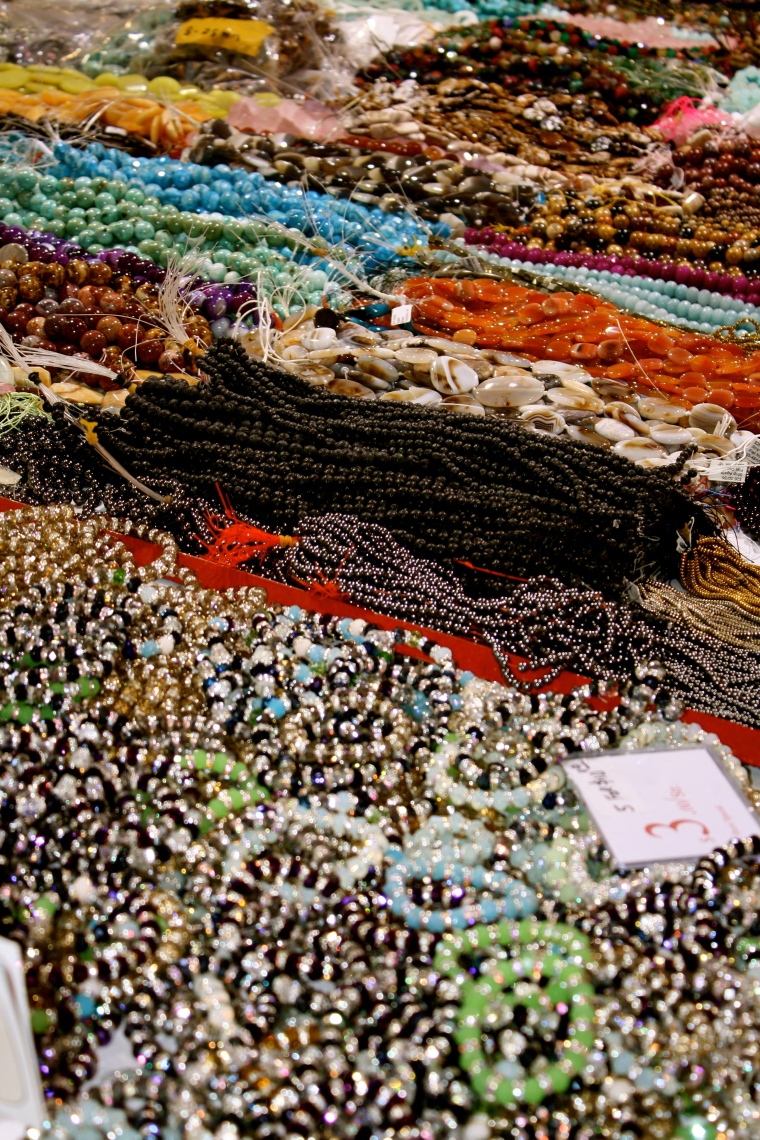 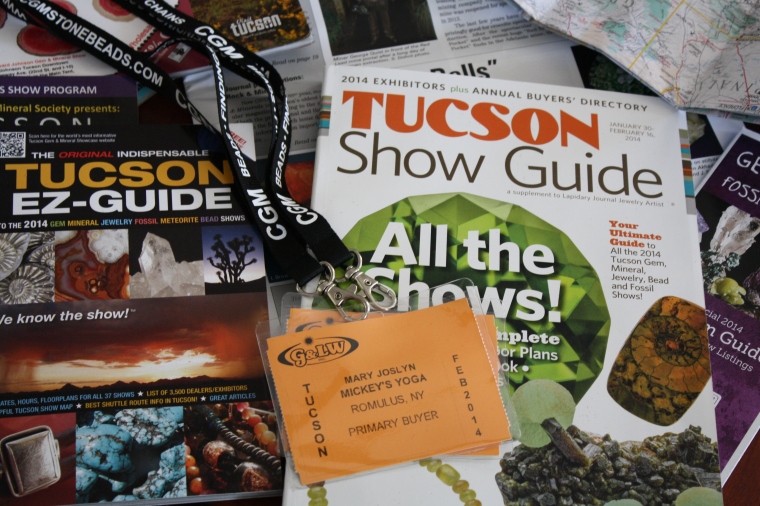 Amethyst geodes, rose quartz, blue lapis lazuli, carved obsidian and beads galore, the loot in Tucson will make your head swim!  A jewelry-maker’s jackpot with more tents and locations you could visit in a month, this one day was a dream come true.  They say different gemstones vibrate with energies, and I would have to believe it. I had a fuzzy headed buzz all day going from stones to stoned on a purely natural high!