Ok, so maybe moving is not so bad…

I have noticed since I first started my own family twenty-seven years ago that I had one basic philosophy: to take what I liked from my life up to that point and try to recreate it for my kids.  I enjoyed being free all summer to wander around, and stay up late, and have bonfires, and sleep outside.  So I let my kids stay home from school, and be free like lambs for most of their childhood.  I have memories of quilts on the beds, wallpaper on the walls, warm meals in the evening, football on television, and fires in the fireplace.  And the feelings of warmth and comfort are so strong, that I collect all kinds of things trying to recreate it for the rest of my life. 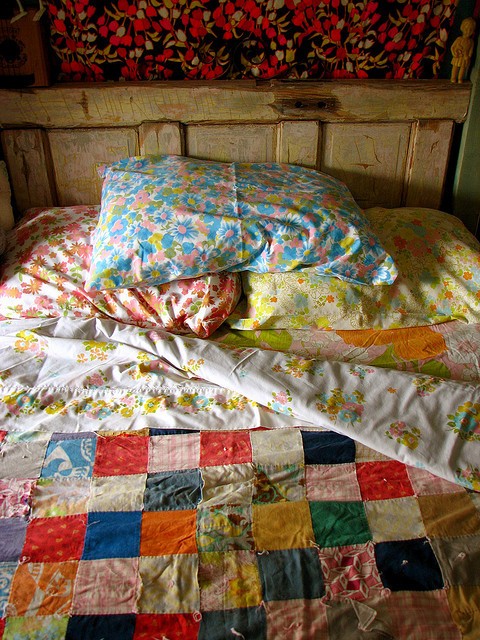 One of those things is vintage sheets and pillowcases.  I love the bright colors, and floral designs.  I never think new ones are quite as pretty.  And I like mismatched things.  I don’t think my mother could ever afford to buy sets of things, like bedding, so there were just piles of colorful pillowcases, sheets, blankets and quilts folded up in the closet.

I have a few mismatched collections of my own now; old wool blankets, teapots, vintage linen tablecloths and of course, the sheets and pillowcases.  These gems showed up on my doorstep yesterday.  I’ve been trying to curb my thrifting, but then ebay is just a click away! 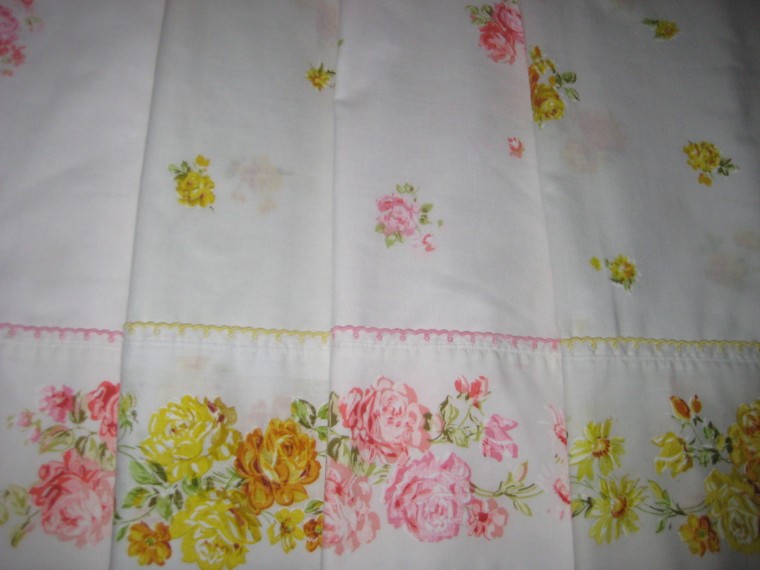 I also browse wallpaper endlessly.  I cannot get enough of these fantasies.  I imagine wallpapering a bedroom, or a kitchen, or a dining room.  And I laugh inside realizing I have inherited my mother’s taste.

The wallpaper at our cottage was a green metalic floral with glitter in the pattern, and she chose a psychedelic bicentennial color fest in an upstairs bedroom.  My brother even had brown and gold paisley velvet wallpaper.  Mine was just a big playful pink  floral pattern. 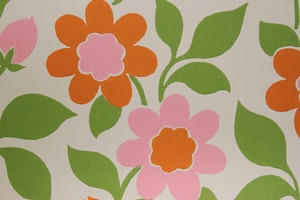 I’m thinking I could recreate that too, with a modern twist of course.

Today is the anniversary of my mother’s death. Thirty four years ago, when I was twelve, the ambulance came to the house with flashing lights to pick up my mother who had passed quietly after dinner in the den which was now a makeshift bedroom with a hospital bed.  It had been requested there be no sirens or lights.  They got it half right.

There have been so many occasions in my adult life when I miss my mother.  I have seen her over and over in the face of my oldest daughter.  And I have felt her take pleasure in my children.  I have wondered what she thinks of my cooking, or my decorating.  I get irritated with her when my knitting turns out wrong.  I have wondered how she felt about me, her youngest of seven.  And I wonder what she thinks of me now.  And I look forward to introducing her to my daughters, and my son of course.

But here’s the rub.  I believe and look forward to our reunion more than I hurt for my loss.  It is as real to me as the visit from my daughter next week.  And that is what I focus on, my anticipation of laughing together, hugging, joking.  And so, my view of death has become one of hope.  Others do not necessarily feel this way, and that’s where the strange uncomfortable feelings come in.  Others focus on the grief.  It’s as if, to let go of that grief would be to belittle the loss.  And somehow, my hope has diminished the outrage and depth of sorrow felt toward the deceased.  It is as if I am not quite loyal anymore; as if the departed would  say, “You didn’t miss me, not really.”

For the first time today, I think I understand. I understand why hoping for a reunion is seen as less than years of suffering.  And so I will just say this: The pain of losing loved ones and feeling them torn away for an indefinite separation is so great and so immeasurable, that only a supernatural hope in a resurrection and reunion would distract my heart from focusing on it for the rest of my days.  Not to mention, I think my Mom would have me happier and less serious.  🙂 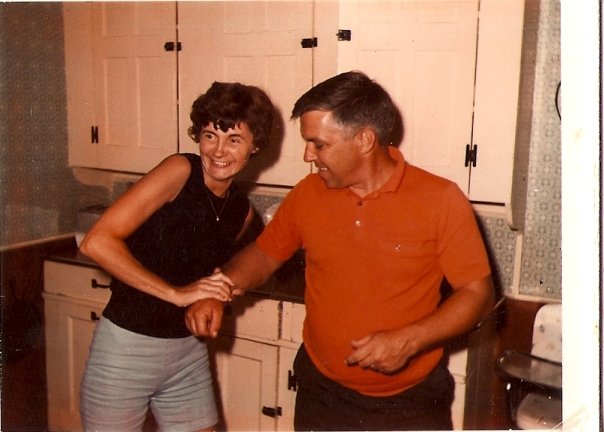 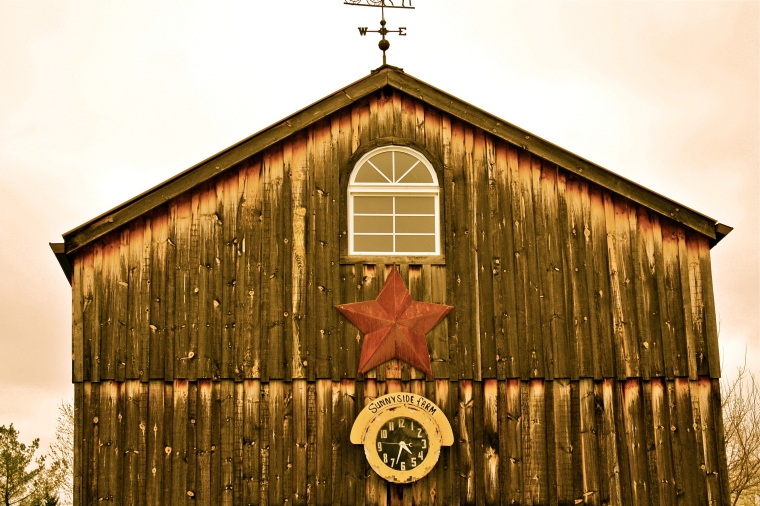 One more week and we move back to Amish country.  Looking forward to saying goodbye to living in the burbs and moving out where the lakes, the wineries and the farms abound.  Goodbye traffic and hello quiet!  Living across from a cemetery, so the neighbors are the sleepy and quiet types.

I had almost forgotten about the white deer! 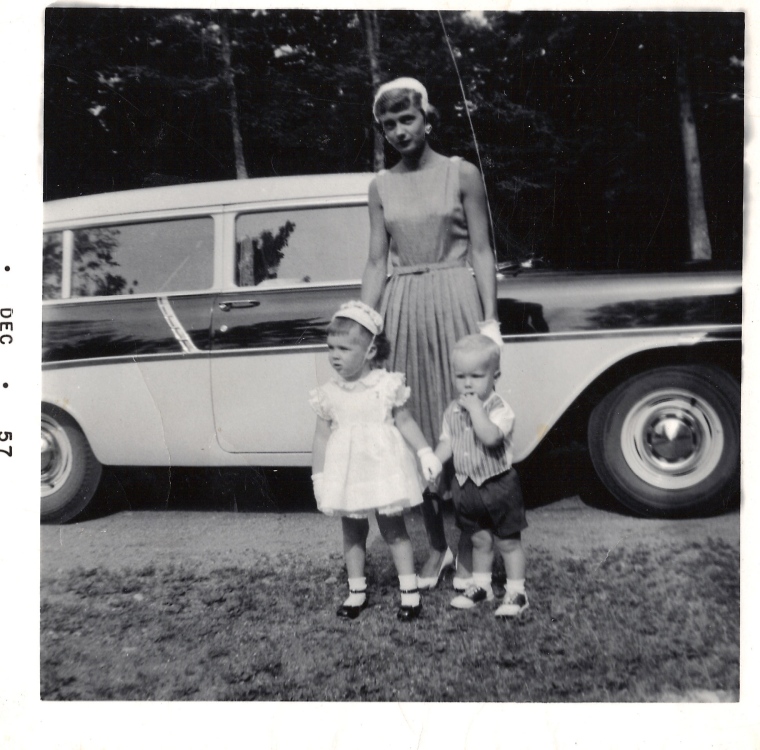 With Easter Sunday approaching on the same weekend as Passover Friday, I am once again reminded of my jumble of emotion regarding the holidays.  As the youngest of seven in my Catholic family, we celebrated Easter the “traditional” way.  We had given up something on Ash Wednesday, and were ready for Palm Sunday to arrive so we could indulge again. I was handed my palm frond at mass wearing brand new white tights with a pastel floral dress and purple silk ribbon sash.  Easter represented beauty all around, spring flowers, egg coloring, and a huge chocolate bunny.  It didn’t taste so good by itself. I had to get out the jar of peanut butter to really enjoy it.  Of course there were jellybeans, and marshmallow chicks, and Easter grass to dig through to find the jellybeans that had fallen to the bottom of the basket.  My parents hid the jellybeans all over the house, along the moldings, and on the mantle, behind pictures, on the arms of chairs. The night before Easter was almost as exciting as Christmas Eve, knowing the Easter Bunny would be coming and leaving behind candy everywhere.

As the years passed and it was time to raise my own kids, we hid a whole basket of candy for them to find.  But we didn’t tell them about an Easter Bunny.  I wouldn’t allow it.  As a teen, death came knocking and took big chunk out of my large family.  And so for me, the God of the Bible became a fairy tale, just like Santa Clause, the tooth Fairy, and the Easter Bunny.  They were all make-believe.  And that made perfect sense.  Thankfully, I had a wonderful conversion back to faith when I was in my late twenties.  I decided it was not right to tell little kids things that aren’t true.  Because they believe you!  And then, if you try to tell them something IS true, like Jesus coming back to life and floating up to heaven like an angel, well, it just sounds like those other stories. 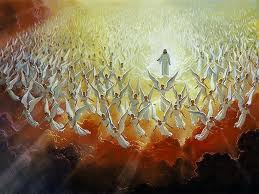 I wanted to celebrate the Resurrection with my kids.  I wondered how to do some kind of honor or justice to the best news I’ve ever heard and believed!  I looked to Jesus, and discovered that He celebrated Passover.  His last supper was a big Jewish holiday.  And Passover was all about death “passing over” the believers, or the chosen ones.  And on the third day, when we celebrate with bunnies and eggs, and a ham dinner, it is his victory over death that we are really glorying in!

I got so interested in Passover, that we began having a Passover Seder for Easter dinner, or sometime that weekend.  My daughter loves to cook, and she prepared dish after wonderful dish of things we had never eaten before.  And we have celebrated Passover for the last twelve years or so.  We usually get the day wrong, and we often improvise on all the rules, but for teenagers, it was a great way to celebrate Easter.  There are prayers, and good food, and several wine toasts that made them more than happy to participate!  One year we actually had a “real Jew” come to our dinner.  He was a friend of my daughters and he told us that Passover is how he learned the effects of alcohol, and what he could handle.  He explained the general gist of the evening, “They tried to kill us.  We survived.  Now let’s eat!”

This year, there will be little ones around again.  My husband’s little grand guys will be excited to find eggs and candy I’m sure.  And I find myself drawn to bunnies, and flowers, and jellybeans, as well as Easter candles, the Seder Plate, white linen, and pastel eggs.  Oh, and the wine. 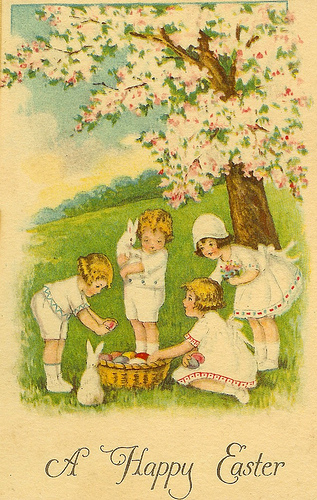 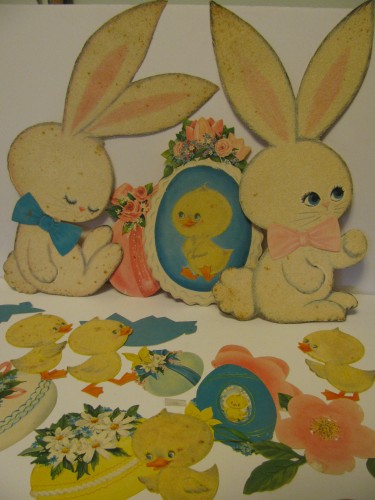